In preparing for resumption of academic activities in the United States, not lesser than 97,000 school children have reportedly tested positive to the corona virus in the last two weeks of July, according to a new report from the American Academy of Pediatrics.

The association found more than 97,000 children tested positive for the virus from July 16 to July 30, 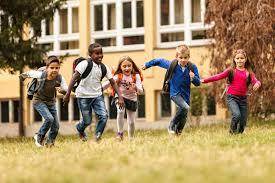 This comes after New York City, home to the nation’s largest school district, Mayor Bill de Blasio announced a return to in-person schooling this fall and promised that officials have worked incessantly to get this right.